Women leaders are crucial for enabling sustainable development, part one

At Accion, we often focus on how financial inclusion enables the United Nations’ Sustainable Development Goals. By helping farmers and shopkeepers succeed, we make strides toward eliminating hunger. When families have the resources they need to pay school fees, quality education is more accessible. And when women can control their finances and get the funding they need to pursue their dreams, we’ll be that much closer to achieving true gender equality.

When it comes to gender equality, financial inclusion faces its own challenges. Despite global progress on expanding access to financial services, women still lag behind men when it comes to account ownership. This gender gap is a complicated issue to solve. Still, one thing is certain: For financial inclusion to benefit women equally, we need women bringing perspective at every level. At Accion, we’re proud to have many driven women leading the charge as we work to tackle the problem of financial exclusion around the world.

We’re highlighting some of these leaders who are working to build a more inclusive world in our annual International Women’s Day blog series on the women of Accion and our partners. Check out this additional article to learn about more inspiring women.

Here are a few of the leaders we’re proud to work with: 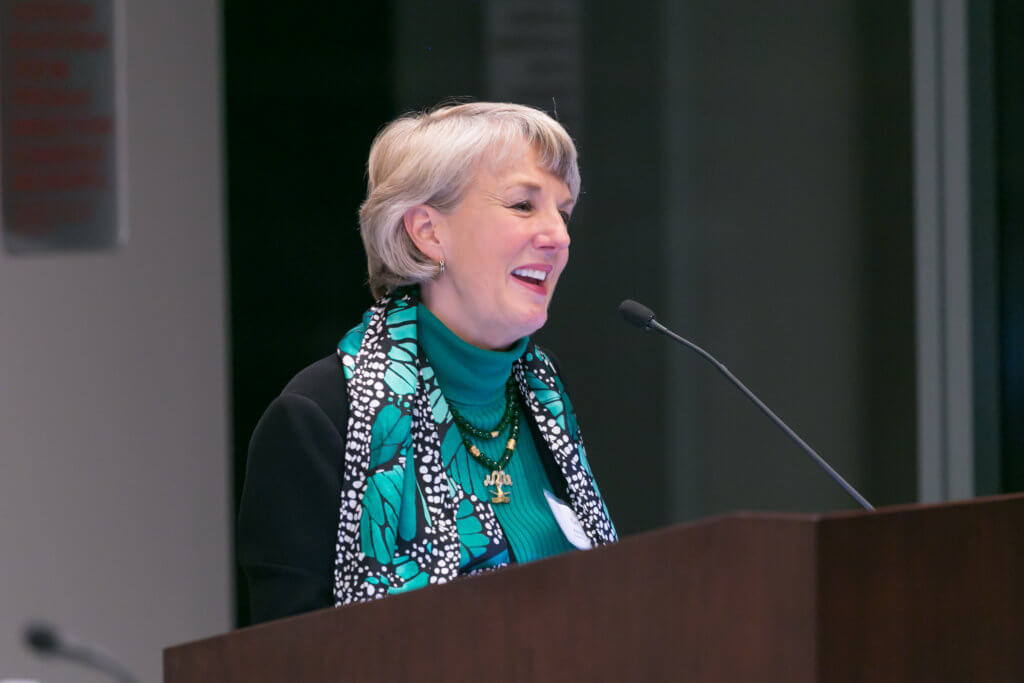 When asked about why financial inclusion matters, Tara Kenney describes living in Lima, Peru, in the early 1980s. She was there to study Economics as a graduate student, but, she says, just being in Lima at this time “provided more than a textbook could in why financial inclusion matters, and more importantly, why access for women, in particular, is key to improving economic prospects for the poor.” She describes living standards during this “lost decade” as unbearable for Peruvians dealing with hyperinflation, devaluation of the local currency, skyrocketing unemployment, and mass migration to the cities from the countryside. And she saw that women often bore the brunt of these pressures. “A majority of women were forced to be the economic heads of households, as their partners could not find employment, or had not joined the families in the cities,” she says. “These women had little to no formal education or business training, no financial cushion, and no access to the formal banking system. Yet they had many mouths to feed.”

During this turbulent time, Tara observed a silver lining:  microloans and business training provided by organizations such as Accion Comunitario del Peru (which eventually transformed into Accion partner Mibanco) became a lifeline for the working poor — especially women. In time, inclusive insurance products and savings accounts were also made available for these populations. Tara says, “The countless stories of women who were able to generate a living through these financial products, to enable their children to stay in school, to buy building materials to construct better homes, and to put food on the plate is proof positive that women are the economic backbone of developing economies, are creditworthy, and are a better bet to help solve poverty.”

Nearly 40 years later, Tara is still focused on financial inclusion and access for women, even as technology has changed what’s possible: “As a long-time board member of Accion, I have been privileged to see the industry evolve, to see new technologies provide better tools for the poor to manage their economic prospects, and to see women as the standard-bearers for a better way of life for the bottom of the pyramid,” she says. As we build on this progress to make sure everyone has the tools they need to thrive, Tara advises that women will continue to play a critical role: “While there is much to be done to solve the growing income inequality, in both developed and developing economies, my money is on women to show us the way.” 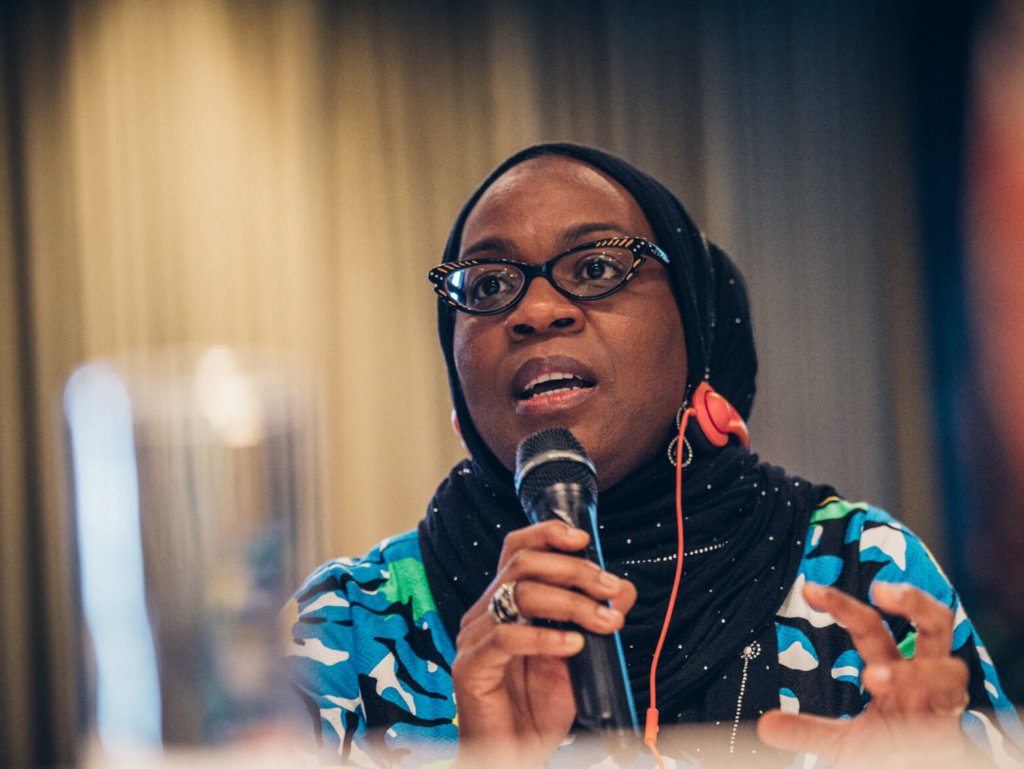 “Surround yourself with people who inspire you, challenge you, and, most importantly, cheer you on to be the best version of yourself every day,” advises Raliat Sunmonu. This spirit of camaraderie and achievement has driven Raliat as she has worked to solve challenges across the globe. Before coming to Accion, Raliat spent 20 years collaborating with business leaders, policy makers, and donor agencies across sub-Saharan Africa, the Middle East, and the U.S. to lead and execute successful projects focused on issues including financial inclusion and MSME growth. During that time, she also saw too many problems that weren’t being addressed by existing solutions: “I was motivated to pursue financial inclusion more directly after seeing the failure of aid-based programs to achieve long-term impact and the stifling of innovative, impactful businesses due to lack of finance and support services. Now at Accion, I get to help our partners sustainably deliver value to their customers.”

We also need to think bigger when it comes to achieving gender parity in the workplace, says Raliat. “Organizations need to undergo a cultural transformation that impacts every area of the business and ensure they’re dismantling the systemic barriers that hinder gender balance and replacing them with behaviors, leadership, and systems that support it.” It may sound like a significant investment, but it’s increasingly becoming one businesses can’t afford not to make, she says: “it’s not just about diversity; it makes business and economic sense.” 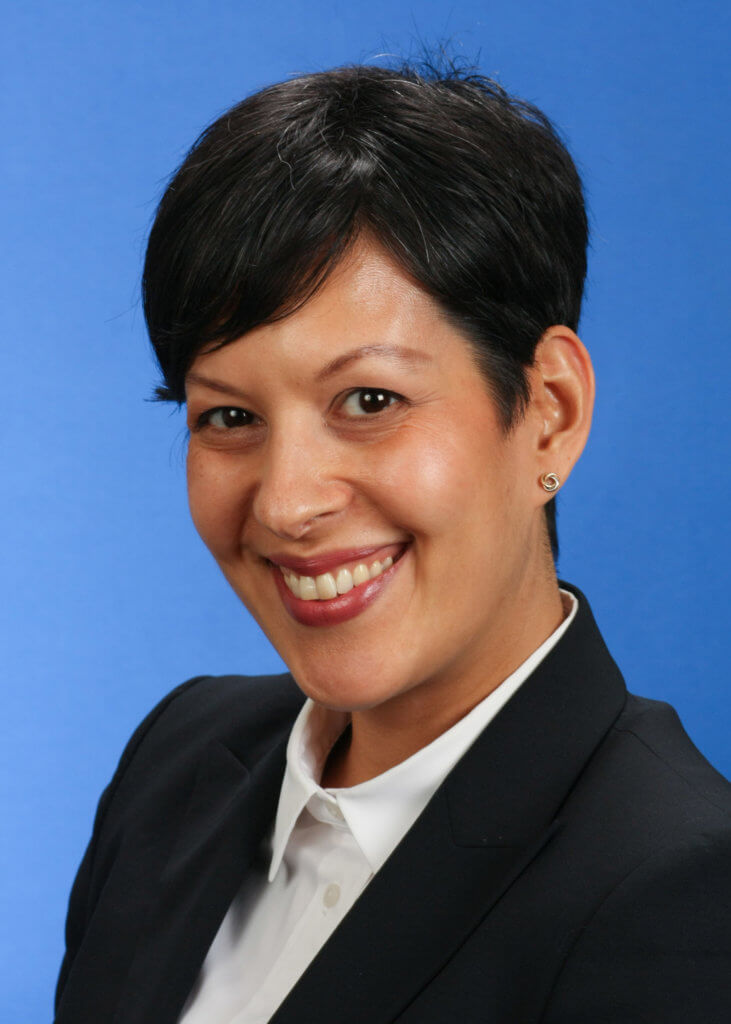 “We need to see more women in positions of leadership. Striving for gender balance is no longer just a development imperative. Women are the backbone of society, and because of this, our voice has the power to contribute to long-term, sustainable, and inclusive economic growth in organizations and communities.” Dorothy Stuehmke doesn’t mince words when it comes to talking about why gender equality matters at every level. Her conviction is rooted in her experience. Before joining the Citi Foundation, Dorothy worked for the U.S. government, the United Nations, and multiple nonprofits, and she’s seen firsthand the challenges to inclusive growth and equality around the world. Throughout her government work, Dorothy was struck by the importance of empowering vulnerable populations and enabling self-sufficiency. That’s what drew her to working in financial inclusion. Dorothy explains: “it gives people the tools to make informed decisions on how to use products and services to save, build credit, launch and sustain a business; it drives inclusive economic growth and positions people to ultimately take control of their lives and create a path forward for themselves, their families, and their communities.”

But financial inclusion still lags for women. Dorothy wants to close that gap — and she has an idea of how we can bring more focus to this issue. “We need to lift up the stories of successful female entrepreneurs and the impact their businesses are having on their local economies,” she says. “Sharing stories about the ripple effects of how a local female entrepreneur’s business has not only helped them create a livelihood but also more broadly impacted those around them will help to shift the mindset about the need to invest more in female businesses.”

Today, Dorothy puts her experience and ideas into her role leading the Citi Foundation’s grantmaking efforts in Financial Inclusion, Youth Economic Opportunities, and Sustainable Cities. To other women who want to become leaders in the social impact space, she offers this advice: “Don’t be shy about sharing your professional journey and successes along the way. Pay it forward by making yourself available to a young up and coming female professional! As women, we need to inspire and lift each other up.” 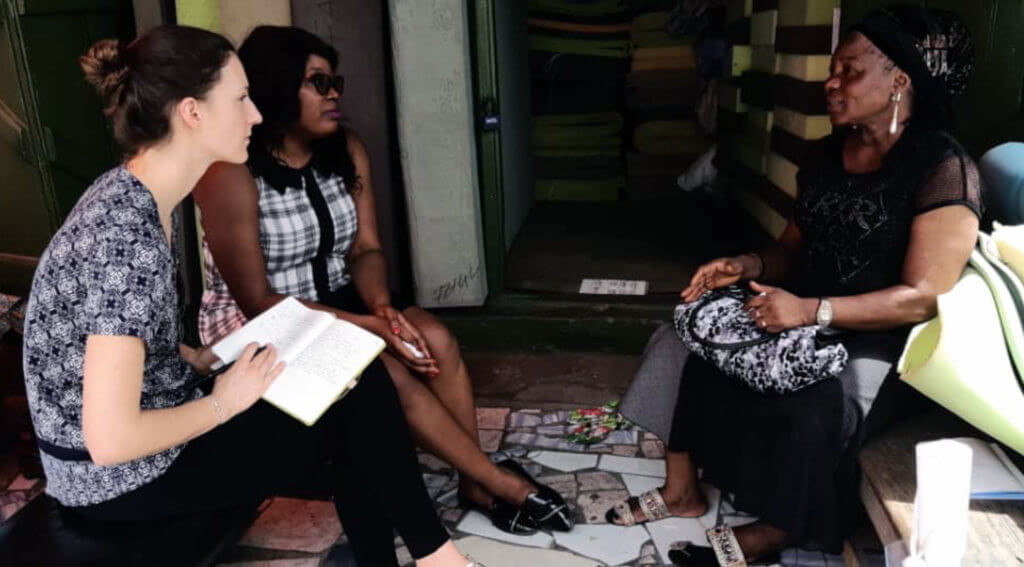 Emma Morse started her career in Tanzania as a public health researcher. As she visited countless small clinics interviewing women seeking care, she was struck by what a difference socioeconomic status made in how people accessed healthcare. “This experience highlighted how inextricably linked physical and emotional wellbeing is with the ability to access financial resources,” Emma says. Seeing how economic empowerment underpins health, equality, and so many other issues, Emma transitioned to working in financial inclusion. “I was drawn to financial inclusion because of the magnitude of the opportunity in terms of the number of financially excluded individuals globally, the potential to bring technology advances to bear on previously intractable challenges, and the ability to work at the intersection of the nonprofit, public, and private sectors to bring about meaningful change.”

In her work with our Global Advisory Solutions team, Emma embraces Accion’s customer-centered ideals — a focus that’s particularly valuable if we hope to expand access to financial services for women. “Closing the gender gap in financial inclusion requires shifting the mentality of providers from a ‘one size fits all’ approach to an approach that reflects the unique needs of the individuals the institution aims to serve,” says Emma. “In working with advisory clients, we always start from the perspective of the end customer and work backward to ensure that the solutions we propose link to a specific customer need. In designing products for women, it’s also important to keep in mind that women are not a homogenous group; just because a product works well for female customers in one market does not necessarily mean it will work for female customers in another.” This focus isn’t just about social good — it’s also good for business, Emma says: “If institutions are willing to invest the resources to understand the needs of their female customers, they can reap significant benefits over the long term.”

Unlocking the benefits of embedded insurance for micro and small businesses