To give her daughters a better future, she had to confront past debts

Chile, Latin America and The Caribbean

Patricia Viches Fernandez manages a team of twelve people at her job in foodservice administration in Santiago, Chile. While she takes her career seriously, the best part of her day is when she finishes her shift and gets to rush home to be with her daughters, one a young teenager and the other a small toddler. Her daughters were her motivation for paying off her debt and getting her finances in order — she wanted to secure a better future for her family: “I was feeling really down. I was really worried as I have two daughters and I am in a stage in my life that I want to buy a house and buy a car, and we couldn’t because of our debt record.”

When her debt was at its highest, she recalls that “it became so bad that l couldn’t sleep at night because I couldn’t get money from anywhere.” One of the worst consequences of her debt was when her baby got so sick that they had to rush her to the emergency room. They were almost turned away for service because of their financial records and only allowed to see a doctor because of how severe the illness was. Patricia knew that she had to tackle her debt not only to secure her family’s future but also to keep her family safe today. 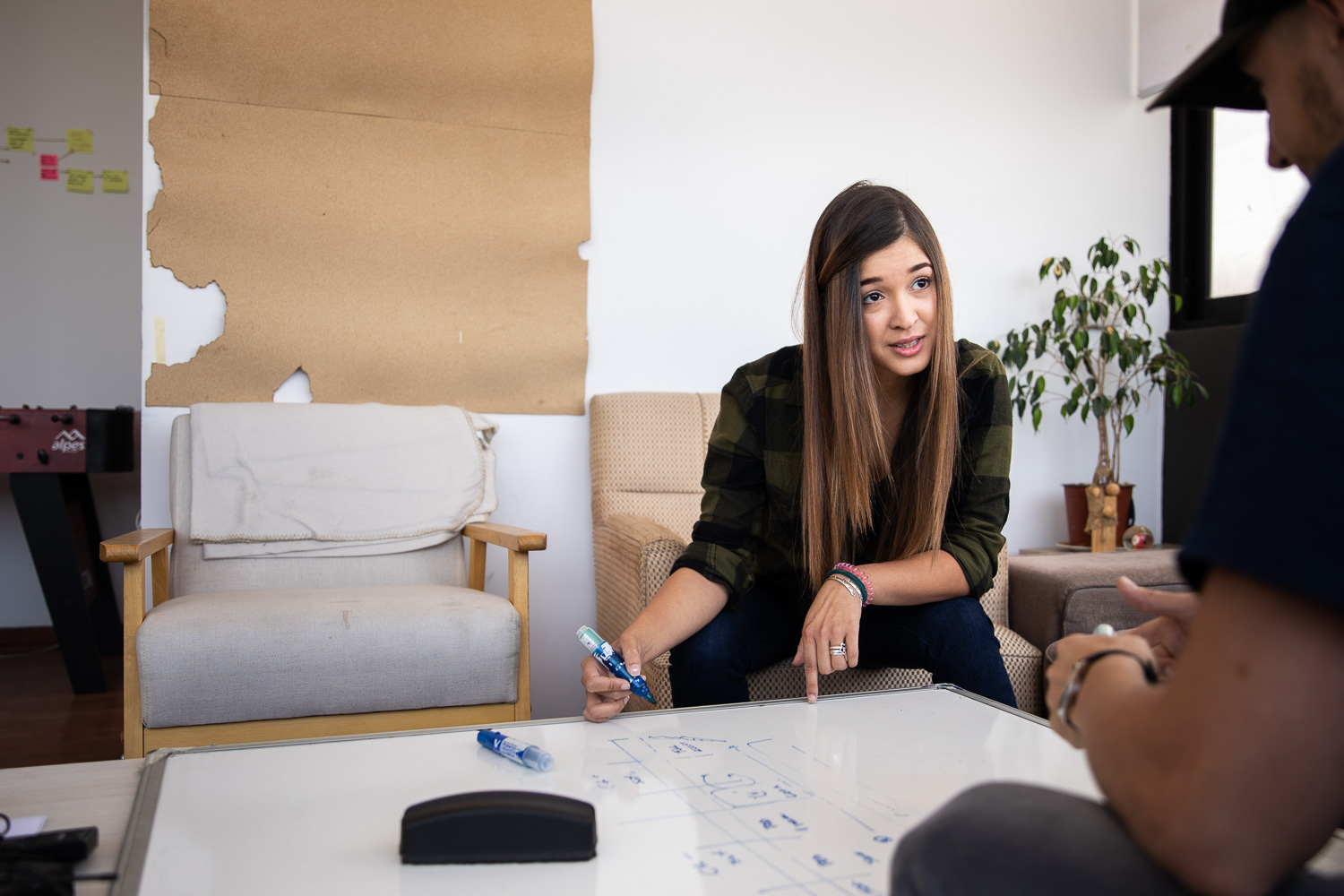 Destacame employee Maile Dominguez listens to customers and helps them with their problems.

A coworker told Patricia about Accion partner Destacame, a digital platform that hosts a suite of products that allow consumers to manage their financial life, including past-due debt repayment, financial health education, and access to financial services based on each user’s needs and abilities. The fintech company has served more than 1.3 million customers in Chile and Mexico, including many who are plagued by debt. “When you serve people who actually have past debts or no credit, you make a huge difference in their lives,” says Maile Dominguez, a customer support executive for Destacame. In her role, she’s seen the struggles that people like Patricia face because of their debts. “They can’t sleep at night. There are big problems when you owe money or need money — it impacts your life.” She hears their struggles, and she’s happy that Destacame can help them and provide financial education to get past their problems.

Since Destacame is an online platform and Patricia describes herself as “not very tech-savvy,” she approached it with some skepticism, but Destacame surprised her. “We started creating the account, and I realized it was so easy. What happens is that people get scared of new platforms, but it’s super simple and user-friendly.” Through the platform, she is working to pay off her past debt, learning how to save money for her daughters’ education, and finding financial tools that can help her with those big expenses that she wants for her family. Today, she’s feeling positive about her family’s future, and she’s become an advocate for Destacame. “I think this website is growing by my recommendation and word of mouth,” she jokes.

Partnering to create economic opportunities in the Northern Triangle

Behind the innovation in MSME lending in Mexico