Making sure fintech is an equalizer for women — not another barrier

When fintech startups prioritize meeting the needs of their female customers through inclusive marketing, customer engagement, and community building, they open more opportunities for women

Digital financial services have changed the game when it comes to reaching low-income families, small businesses, and rural communities with the tools that can improve their lives. In particular, early-stage fintech startups have the agility and innovation to leverage technology to reach more people. The pandemic has underscored how fintech startups are positioned to help underserved people and businesses to build resilience, like schools and students in Indonesia who are adapting to remote learning, and mom and pop shops in Peru that need help stocking their shelves with food and essentials.

Innovative fintech products can even open opportunities for women, who have been disproportionately impacted by COVID-19, to stay resilient — but they can also inadvertently increase gender gaps if they don’t address inequalities that women still face. In addition to being less likely than men to own mobile devices or have the digital literacy needed to use technology effectively, women also face cultural and societal barriers to embracing tech — for their careers, their businesses, and their financial health. When fintechs understand their female clients and find better ways to reach them, they can create more inclusive and impactful products. Thoughtful customer engagement and marketing can cultivate trust and address societal barriers so that more women are empowered to adopt digital tools and seize new opportunities.

In Latin America, a fintech startup called Henry is working to expand access to software development education so that more people can receive the training needed for jobs in tech, no matter their background, income, or experience. Henry, an Accion Venture Lab portfolio company, has embedded financial services into their education product to make it accessible to more people. Students enroll in Henry’s online coding bootcamp program at no cost until they’ve completed the program and secured a job. Not only are they democratizing education in Latin America by opening opportunities to anyone regardless of their financial situation, but they are also working to bring more women onto their platform and into Latin America’s rapidly growing tech industry.

Henry spotlights women from their online community, like Rocio on LinkedIn, to inspire other women to explore careers in tech.

Co-founder Luz Borchardt’s ultimate goal is to include more women in tech by giving women a voice and fostering an inclusive community. There is a huge demand for tech skills in Latin America, and software development presents a great opportunity for people to build secure careers. By honing their technical skills through Henry’s platform, women gain the qualifications needed to join the tech workforce. But while the demand is growing, coding and software development are not viewed as appealing careers for women in the region. This social perception holds women back from considering tech as a stable way to earn a living.

Henry is working to overcome the belief that coding is a career for men through dedicated support and recruitment efforts tailored to women. They’re building a community that encourages women to pursue opportunities by facilitating meetups of women in tech, launching a dedicated blog with resources for women, representing women on their website, and featuring testimonials from female students on their social media pages. This community, called Henry Women, offers women support and empowerment to seize new opportunities they may have never considered before.

“The products of the future have to be built for everyone. Everyone has to be represented at the table and at the discussion when designing a product.”

Luz and her team know that diversity is the way forward, and inclusivity is core to their work help everyone access the education needed to reach their potential. “The products of the future have to be built for everyone. Everyone has to be represented at the table and at the discussion when designing a product,” says Luz. As their students complete their curriculum, Henry helps them to find jobs in their new field. They are elevating the voices of their female students and advocating for tech companies to prioritize hiring women. Henry conducts diversity talks and with their tech company partners to stress how companies can perform better when they prioritize gender parity in the workplace and build diverse teams. Thirty percent of Henry’s own staff are women, and the majority of their instructors are women. So far, Henry has grown their percentage of female students from 20 to 25 percent — a significant number in Latin America, where only 10 percent of women college graduates were enrolled in engineering or technology courses in 2018, according to the company’s research.

In the United States, millions of Americans struggle to make ends meet because of poor credit histories and overwhelming debt. Women in the U.S. often face additional barriers to economic security as they hold two-thirds of all student loan debt and continue to earn just 82 cents for every dollar earned by men — and the numbers are even worse for women of color. Through a user-friendly digital platform, Accion Venture Lab investee Self Financial gives Americans a pathway to build credit and savings, so they’re better prepared to face life’s challenges and reach their dreams. Word of mouth has played a crucial role in Self’s growth as the majority of customers have found Self from friends, family members, and trusted communities. Self’s customer base has grown organically, and their customer base is comprised of 65 percent women, and over 60 percent people of color.

As more people have turned to the platform at the recommendation of others, Self sees the importance of trust and community for their customers. Self has used focus groups and psychographic research to develop educational content and messaging that resonates with their primarily female customer base, and they’ve shaped their customer experience to make users more comfortable as they begin their journey towards financial stability. 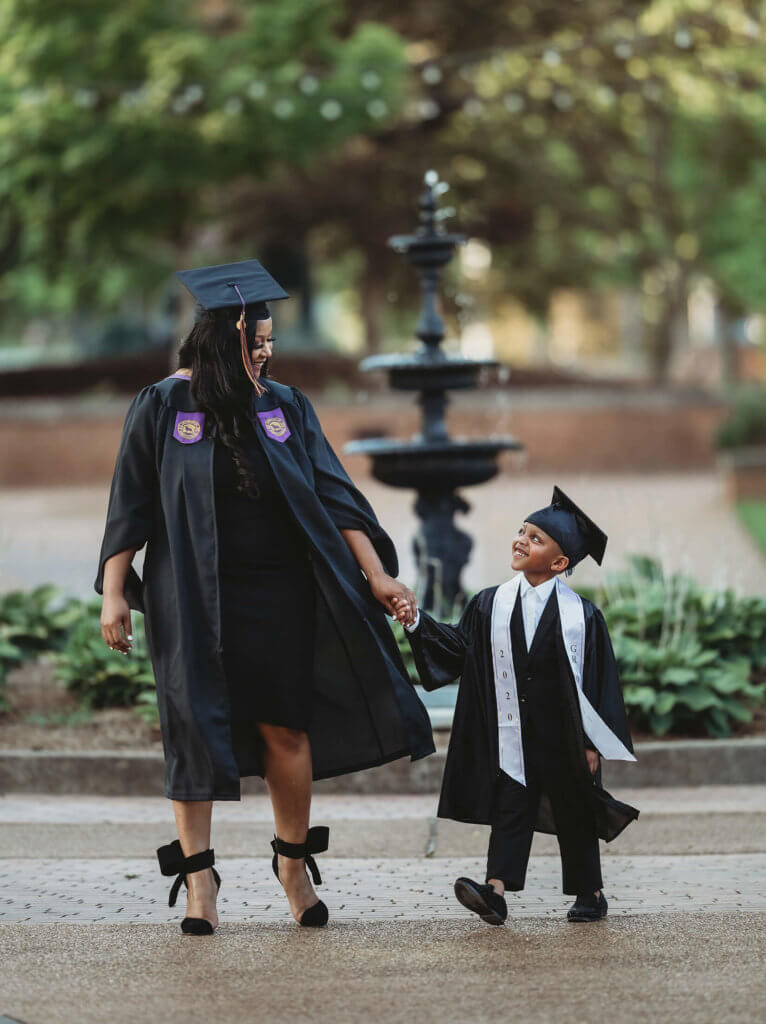 Jernessa J. shares her story with other women whose poor credit history prevents them from reaching their dreams.

Jernessa J. decided to take control of her future after she found Self through an online community on Facebook. “Self was the first thing I used because it was the only thing that I could get approved for. Once I made several on-time payments, it better positioned me to get approved for lower limit credit cards. Self, coupled with proper management of those credit cards, were instrumental in my rebuilding of credit,” she says. After she transformed her financial situation, Jernessa became a financial coach to help other women access the tools and education to build their financial health. She shares her personal experience with Self to help others: “It is my ‘go-to’ resource to help get my clients on the right track the way that it helped me!” Now that Jernessa has improved her financial health, she’s working to build generational wealth for her son, and has even launched a new online accessories business and earned another degree — all during the pandemic. When Jernessa and other influencers share their powerful stories, they encourage more women to control of their finances and build a better future.

By listening to their female customers and considering their unique needs and challenges from the beginning, companies like Self Financial and Henry are more effective in helping women embrace tech and digital financial tools. When inclusive fintechs and other social innovators recognize and address the difficulties that women around the world face through their product design, marketing, and customer support, the impact of their products can go much further. As we look toward rebuilding from COVID-19, we must ensure that women can find tools and resources they need to recover from this crisis and seize new opportunities.

Partnering to create economic opportunities in the Northern Triangle