After months studying the drivers of financial health and mobile and internet usage in eastern Europe, I was excited when our team finally landed in Serbia. During the hour-long taxi ride from Belgrade’s Nikola Tesla Airport to Novi Sad, we finalized our work plan for the coming days while catching glimpses of the countryside.

We came to Serbia to join our colleagues at the Microfinance Centre (MFC) in conducting in-depth interviews with current and prospective customers of Opportunity Bank Serbia and Fundacja Innowacja i Wiedza (Foundation for Innovation and Knowledge). We wanted to learn everything we could about the interviewees’ ambitions, challenges, attitudes, and technology use, so we can use these insights to design and develop a digital tool that will help clients understand and improve their financial health. This research is part of the Building Financial Capabilities & Strengthening Institutions through Customer-Centered Innovations project, supported by MetLife Foundation. 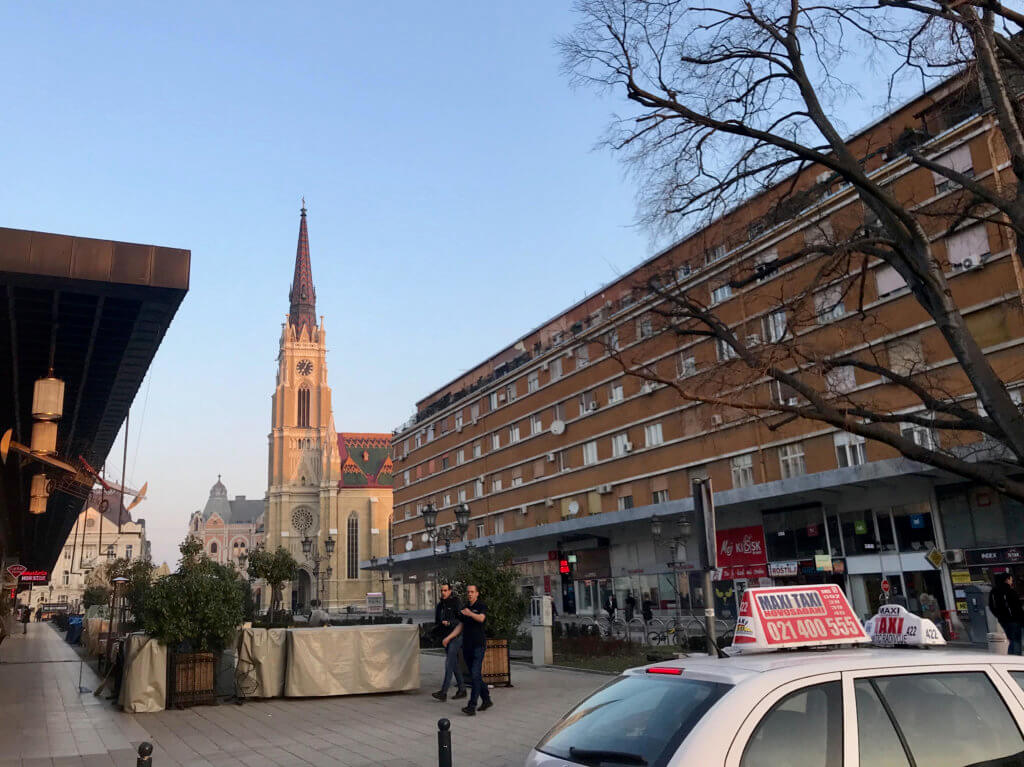 As we pulled up to the hotel, I was perplexed when our driver, Božidar, quoted the cab fare in euros. Last time I checked, the dinar was the currency of Serbia, since it remains an EU candidate country. Yet Božidar demanded that we pay him in euros, as did many other local vendors. We discovered that our interviewees commonly use euros alongside dinars. One farmer said that she quickly deposits any payments made in euros, but she tends to use her dinars for everyday purchases or stash them at home for emergencies. A shop owner said the majority of her suppliers pay her in euros while she accepts payments from customers in both currencies.

The trend of “euroization” or “dollarization” — a foreign currency substituting or complementing the domestic one — is well studied. The graph below, from the Austrian central bank’s Euro Survey, shows that among its neighbors in central, eastern, and southeastern Europe, Serbia is the most euroized, with the highest proportion of all its cash and deposits held in the form of euros. 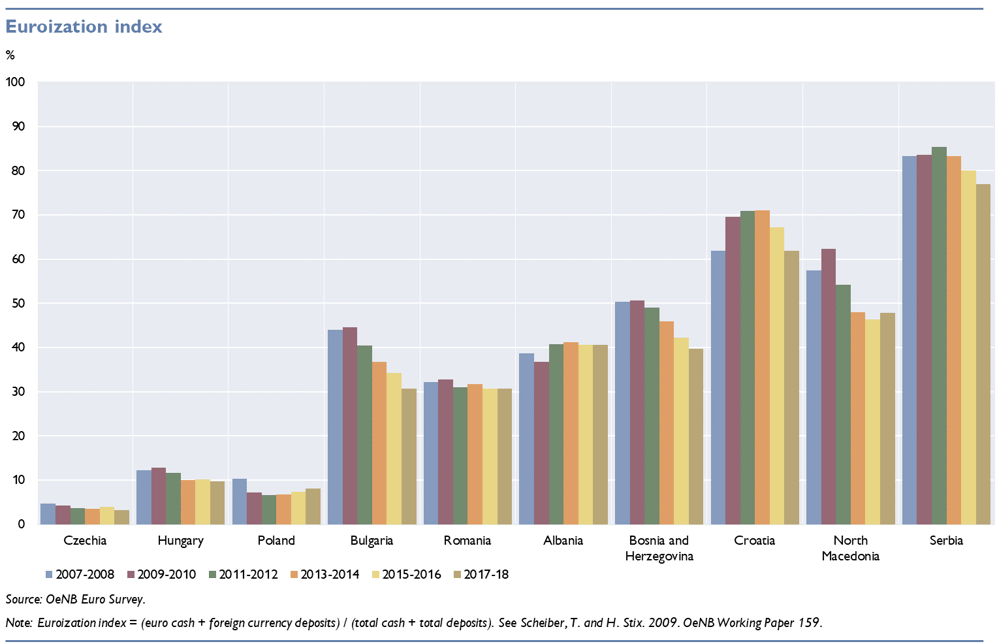 Serbians hold the most euros, as a percentage of total cash and deposits, compared to other eastern and southeastern European countries.

People choose to use euros instead of local currency to protect wealth and hedge against risks of exchange rate depreciation —  something that’s a relatively recent bad memory in Serbia. Many of our interviewees recall the hyperinflation that plagued the economy in the early- to mid-1990s around the dissolution of the Socialist Republic of Yugoslavia. At the peak of Yugoslavia’s hyperinflation, 500,000,000 dinars bought a loaf of bread. Several of our interviewees recognized that some of their attitudes toward money might be rooted in the past. And while current realities suggest that the dinar is stable today, risk aversion may be the more prudent course.

Our interviews revealed several insights, particularly around operating in multiple currencies. First, people form mental constructs about the purpose and use of each currency. For the farmer, and several other of our interviewees, euros are for saving, and dinars are for spending. People perceive euros as more stable, and depositing the euros in a bank account or any other formal or informal savings instrument may remove the temptation to spend them If these constructs hold, it could mean that individuals who receive most of their cash in dinars may spend their money more quickly than their peers who rely more on euros.

Our interviews also highlighted the need to manage liquidity properly, which is more complicated in two currencies. The shop owner we spoke with uses euros to pay for her inventory, but she also needs to ensure that her till is stocked with dinars so that she is ready to accept customer payments in both currencies.

Perhaps most important, our field research also confirmed that the risks involved in using multiple currencies, such as borrowing in one currency while operating in another, are a significant consideration when it comes to building financial health. Financial institutions, which have offered loans in a hard currency to people operating primarily in a soft local currency, have often exported currency risk to clients who are not well positioned to handle it. And they have suffered along with their customers when devaluations made it too costly for customers to repay hard-currency loans.

Next steps in our financial health project

As we start to develop a digital tool that clients can use to understand their financial health better, one challenge is making sure it accounts for the particular financial behaviors and cognitive biases of a dual-currency system. In addition to brainstorming ideas for behavioral nudges, we need to consider the tool’s user interface, i.e., for our target users in Serbia, are we going to express the value of money in terms of dinars or euros — or both?

We’re excited to put the insights we gained in Serbia to the test and use a customer-centered approach to designing and developing a new solution to help customers build their financial health. Keep an eye on the CFI Blog for an update when we’re done prototyping in a couple of months!

We’ll continue to share insights on financial capability based on research conducted by the Center for Financial Inclusion at Accion (CFI) and Accion’s Global Advisory Solutions (GLAS) as part of our project on Building Financial Capabilities and Strengthening Institutions through Customer-Centered Innovations project, supported by MetLife Foundation.

This post was originally published on the Center for Financial Inclusion at Accion blog.

Uncovering digital opportunities to support entrepreneurs in Uzbekistan and Kazakhstan

"There is much more empathy across the globe" - Anthemis's Vica Manos

Coronavirus will be even worse for low-income people and businesses, but fintechs can help