Insurance from Lumkani helps protect Fundiswa and her community from fires.

“I’ve been here in this informal settlement for 14 years,” Fundiswa explains as we visit the makeshift home she shares with her sister and their children outside of Cape Town, South Africa. Such neighborhoods, which are home to more than 1 billion of the world’s poorest people, are especially vulnerable to fire, as residents live in crowded conditions and building codes are not enforced. And when a fire does break out, residents lack the resources to rebuild. “If I had to buy everything again after a fire, it would be very hard because I don’t have a lot of money,” says Fundiswa. 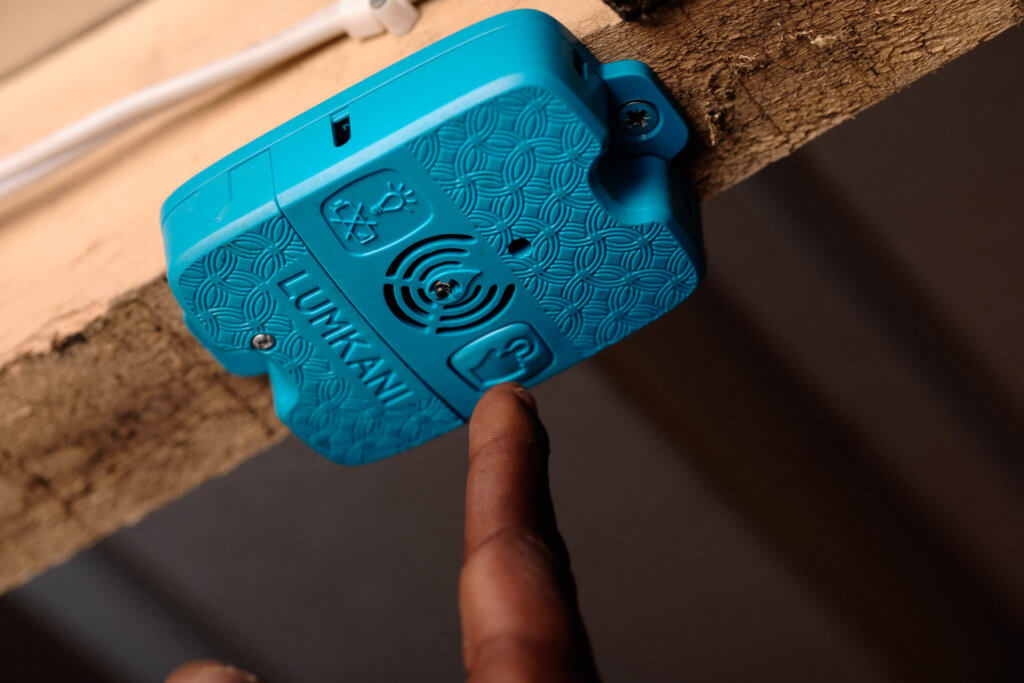 Lumkani, a South African insurtech startup and Accion portfolio company, is offering people like Fundiswa both protection and peace of mind with its innovative fire insurance product. Clients receive a heat sensing device, which sounds an alarm if it detects fire nearby. And the insurance policy helps pay for repairs or replacements if a home does burn.

Fundiswa became a Lumkani client because she wanted to know her family and possessions would be safe in a fire. Lumkani makes the process simple for customers, says Fundiswa: “I pay and then they send me an SMS to say I’m covered for the month with the insurance.”

But even more important than the straightforward process is the sense of safety Lumkani gives its customers. “If the house next door burns, I don’t stress. I just lock my door and run, because I know I’m covered by the insurance,” says Fundiswa. “People even steal from people’s homes when there are fires, but I don’t worry about any of that because I know I’m covered, and I know I will get back what is due to me after I send my claim.”

While Fundiswa hasn’t had to worry about a fire yet, she has already seen the impact of Lumkani in her community: “I know someone who lost everything in the fires and got a voucher, and he got everything back.”

Unlocking the benefits of embedded insurance for micro and small businesses

The impact of digital transformation on underserved microbusinesses: Findings from Accion’s partnership with Mastercard